If you are looking for a platform to sell your photos and videos, you have probably heard ofOnlyfans and Mym fansbut you don't know which one to choose. They both seem like good choices, which they are, but you wonder what makes the two platforms different. 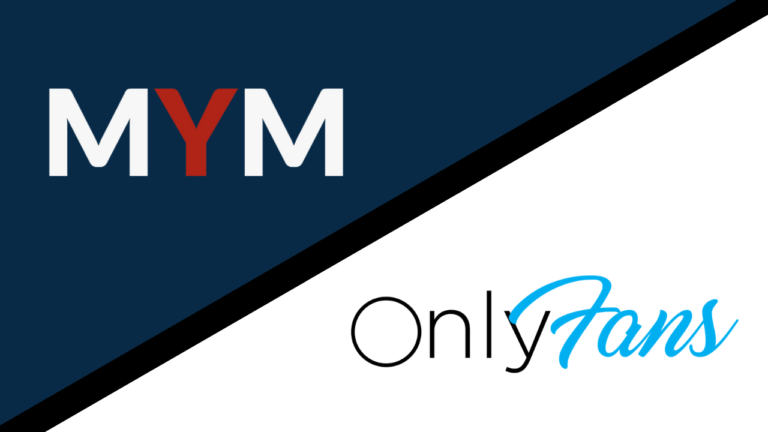 We will start with the most important aspect: money

OnlyFans has a flat payout percentage of 80 % in all cases. This includes tips, subscriptions, private messages and any other way to earn money on the platform.

MYM.Fans offers different rates depending on the service you pay, ranging from 75 % to 90 %.

On this one, it's MYM which is advantageous, because you can earn more money (all media) and by becoming a superstar, you can even increase that percentage.

To earn more money, the platform will have to offer several payment methods for users:

Advantage once again for MYM, which suggests paypal as a payment method.

MYM is also ahead of its time, with the ability to pay in cryptocurrency (bitcoin, ethereum, litecoin...).

If you are a model on one of these platforms, the withdrawal is done by bank transfer.

MYM wins this round. With Paypal available, the conversion rate will be better.

Who has a better promotion model

This is where MYM.Fans really outshines OnlyFans.

The OnlyFans platform does not make it easy to discover models without knowing their username or having a direct link to their account. There is no pattern directory on OnlyFans, so a new pattern will not be shown in any way to people looking for a new pattern.

MYM.Fans has a search function that starts with a highlight of the best models and allows you to search for other models. You can search by city, keyword, or a particular activity.

Just enter a generic keyword like "black" to bring up hundreds of profiles. There's also a handy filter that displays only SuperStar accounts so fans can see which models are most active on the platform.

MYM has the advantage with a more efficient promotion system and an optimal search model.

On popularity, Onlyfans has the advantage. The company has been around longer and has a strong foothold in the US market, and is still far ahead. Nevertheless, the evolution of MYM is much bigger. For a model, it will be more advantageous to register on MYMbecause there will be less competition.

Onlyfan wins a point on popularity.

MYM or Onlyfans in video

I advise you to register on Mym Fans rather thanOnlyfans. There are less fees, more payment method, better promotion model on MYM. If you have any other feedback, please feel free to leave a comment.